From thief to guardian 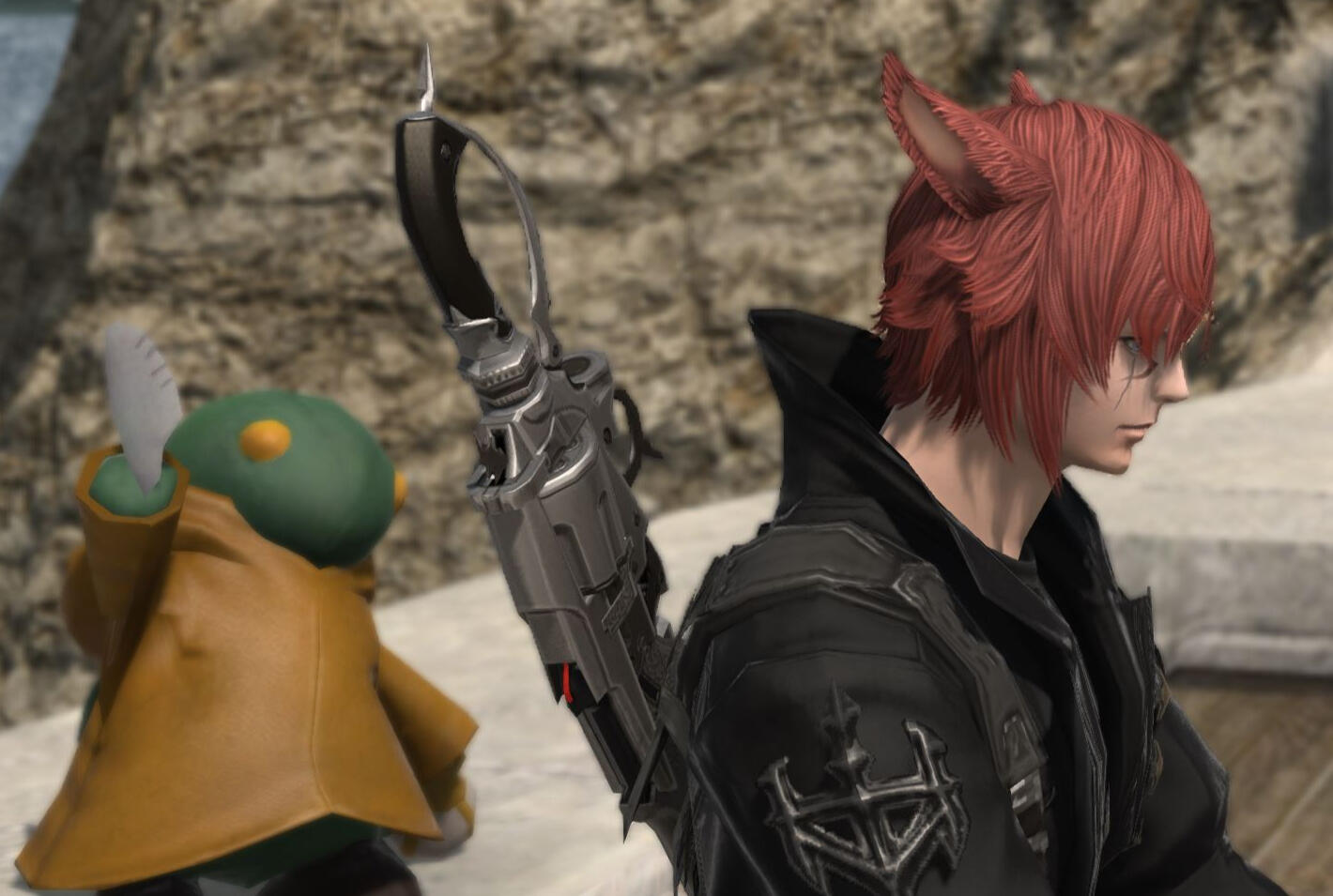 Having little recollection of his youngest years, Kotu'a grew up an urchin on the streets of Ul'dah. He had no family to speak of or that he remembered at least and his only friends were a few other urchins and the occasional merchant who Kotu'a would sell his "questionably acquired wares" to. No one asked questions if the item was worth enough and he survived by alternating means of begging, stealing, and performing simple sleight of hand magic tricks for easily-impressed visitors to the city.He'd made countless mistakes over the years, trying to find the angle that would get him the most coin, but in his 23rd summer he made a mistake that opened the door of opportunity. Combining sleight of hand with pickpocketing, he had attempted to steal from an adventurer who seemed a little too gullible.They weren't.Catching his hand in the act of palming a few gil from her pocket, she gave Kotu'a a grave look. Normally these mistakes resulted in bruises, black eyes, or a broken bone or two, but the adventurer instead let go and asked if the Miqo'te wished to use his considerable talents for the good of himself and others. Naturally suspicious, Kotu'a was nonetheless intrigued and inquired further.She was a hired bodyguard and was looking for someone capable of moving behind the scenes, watching for potential threats to his clients and distracting or outright disarming them before they could even take action. In return Isolde, as she indicated her name, would give Kotu'a a portion of the payment as well as teach him the art of the gunblade.Ready to leave his life of barely existing behind, the Miqo'te agreed and the pair set off for Ishgard where Isolde was true to her word, training Kotu'a in the ways of the gunbreaker in the harshest climate she could think of. For years they traveled the Holy See, escorting minor dignitaries and merchants in need of muscle while traversing the frozen nation. Over time, they became friends, Isolde taking on an older sister role for Kotu'a where he had none to speak of. She watched out for him and made sure his street urchin roots didn't get him into too much trouble, especially with individuals who caught his eye. Isolde often told him he was far too charming for his own good.For Kotu'a it was perfection. He didn't have to beg anymore for food or coin, or turn to guilt-inducing schemes just to survive. He made a respectable living with Isolde, and while they weren't rich, they weren't lacking for comfort, either.Then it came to a swift end. One of their clients neglected to disclose that the Garleans were hunting them, unintentionally leading Isolde and Kotu'a into an ambush. Not only did the Garleans capture their client, but in the fierce fighting, Isolde was mortally wounded. As she bled out in the snow, she pressed the handle of her gunblade into Kotu'a's hand, making him promise that he would continue on the path they'd traveled and not return to living on the street.Kotu'a lost himself in drink, gambling, as well as men and women to escape his feelings. His entire life having been upended, he wandered the Ul'dah, Limsa Lominsa, and Gridania, running from his pain. One night he stumbled into a tavern and things changed for the better. He made new friends, was offered a job, and was given a new opportunity to find purpose. He even met Kayt Shepard, a Highlander also trained in the gunblade whom he would open his own establishment with moons later.Having finally come to terms with Isolde's death with the support of his friends and companions, Kotu'a has mostly hung up his gunblade in favor and his co-proprietor role as the public face of Null and Void, the establishment he and Kayt opened as a safe place for outcasts and people unwanted by society to gather and truly be themselves. He now lives a "retired" life, set up by both the money Isolde left him, and other means of income while he studies the art of working with nouliths 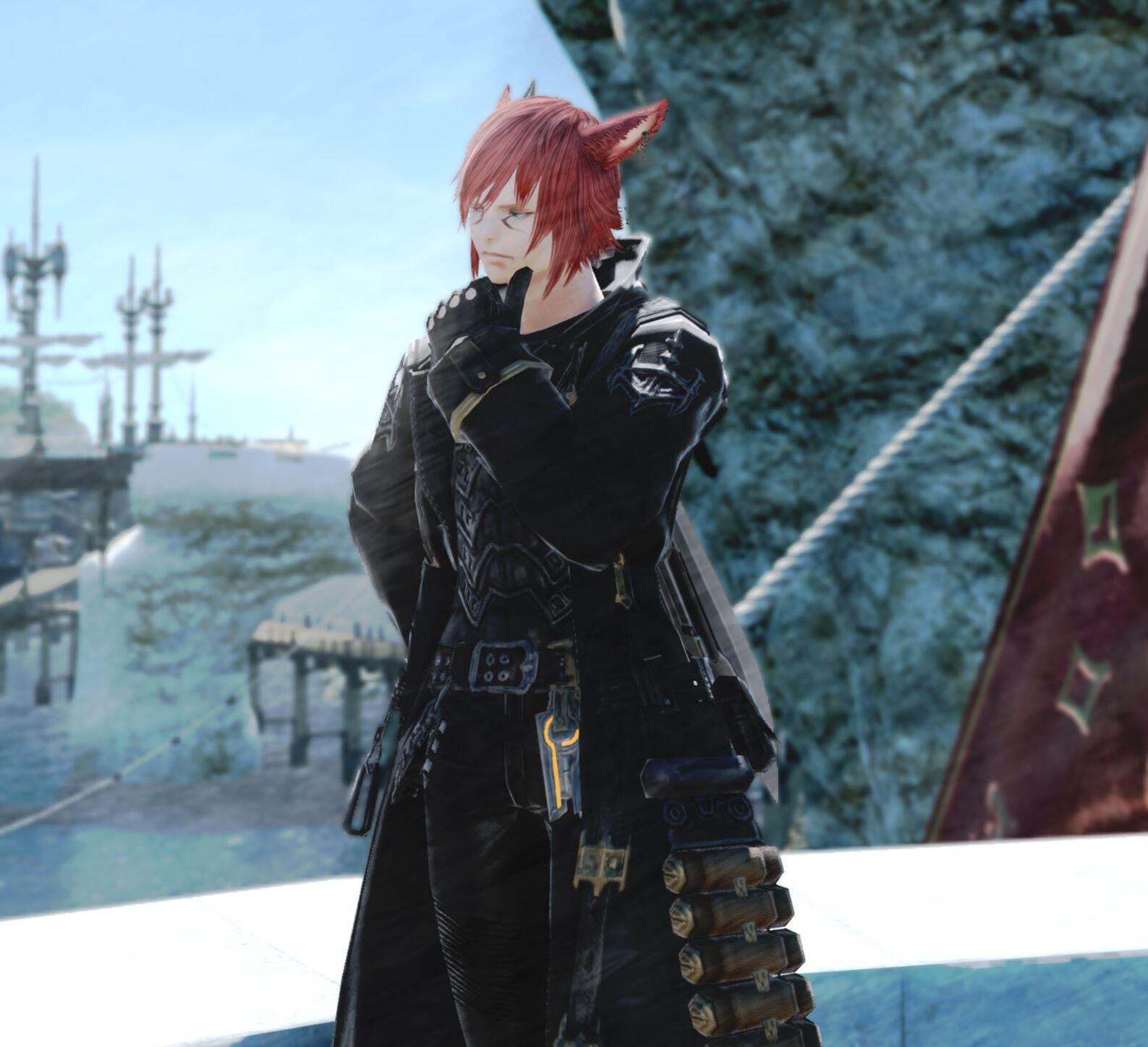 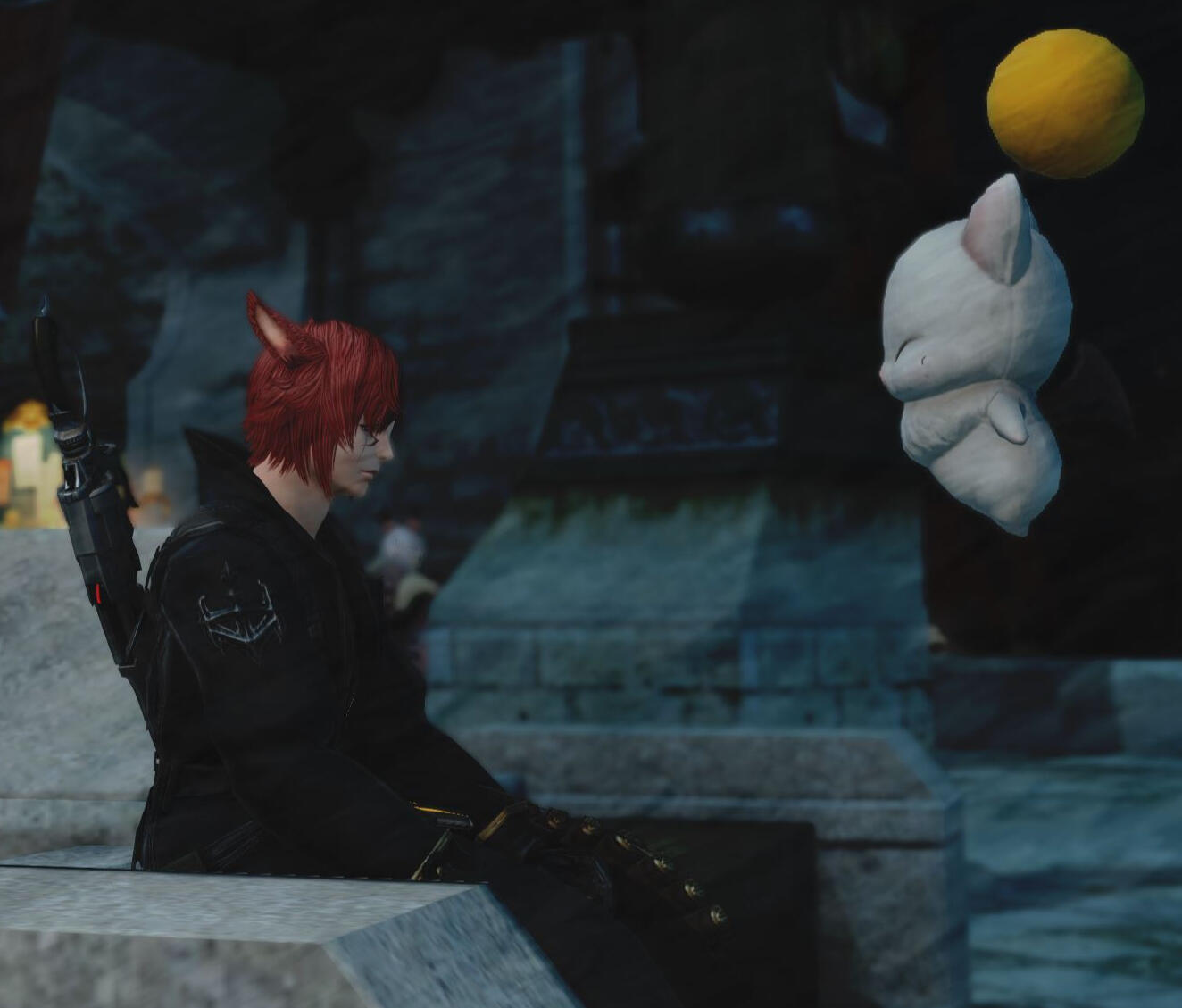 NAME: Phil (or nickname: Philbert)
AVAILABILITY: Usually evenings past 6PM EST, though availability throughout the day can vary. Weekends I'm normally available until 1AM or so EST
DISCORD: Philbert#2006
IN GAME: Kotu'a Mewrilah (Crystal Datacenter, Malboro Server). Will happily datacenter and server hop for RP.
HOBBIES: Programmer (C++/C#/Python), gamer (mostly PC), writer, LARPer.
ROLEPLAY STYLE: I prefer in-game RP over Discord, but that can be discussed. Up front disclaimer: Consent is my number one rule. If all parties don't consent up front, it doesn't happen. Period.I'm open to a wide variety of topics and themes, but prefer to discuss anything in a gray or darker area up front. Collaborative roleplay and for all parties involved to walk away feeling satisfied and good about scenes is my ultimate goal. I like a good scene full of feels, but keep a very strict IC vs OOC. Just because my character behaves one way to yours doesn't mean I the player feel the same way about you the player. Some of my best friends have been made with people where our characters hated each other.Generally sending me a message/DM on Discord about RP is a good way to approach me, especially if we don't know each other. It 1) Makes sure I know what you're looking for and 2) Makes sure I'm not afk (which has happened!)THEMES: Struggling with the past and grief, redemption, growth and development, bodyguard for hire, entertainer, thief, deception and its consequences, romance/dark/mature themes welcome with prior discussion.